The Crookston Airport Commissioners met Wednesday morning in the City Hall Council Chambers. The only item on the agenda was a staff recommendation for the selection of an airport consultant.

City Administrator Amy Finch spoke on the five proposals that the city received. “We put out a request for qualifications for our next airport consultant,” said Finch. “We received proposals from SEH Engineering, KLJ Engineering, Bolton & Mink, Widseth, and Carvico.”

Finch and Crookston Airport Commission Manager Lowell Miller & Finance Director Ryan Lindtwed sat down and reviewed the proposals. “We each independently reviewed the proposals and then told each other what our top choices were,” said Finch. “All three of us each independently selected SEH as the top proposal to move forward with. They are our current airport consultant and offer a lot of customer service and customer support which was a big deal in the process.”

Overall service was a big thing that was considered, as due to Federal Aviation Administration (FAA) policy, there is no price included in the selection process. Other aspects considered when reviewing the proposals included which proposals had more of a robust team that could handle all the services and which proposals would use outside consultants. SEH has a track record with Crookston and has offered great services in the past.

Finch, Miller, and Lindtwed brought forth their recommendation to the board, and the board approved it unanimously. Now that the recommendation has been made, Finch explained the timeline moving forward and the next steps. “Now that SEH has been selected to move forward with, it will be a five-year agreement, and then will re-evaluate once the time period is up,” said Finch. “We expect to see a resolution at the next City Council meeting this coming Monday night to select SEH as our next airport consultant.”

Finch also explained more in-depth what the duties and responsibilities will look like for SEH. “They will help develop our capital plan as well as through various projects,” said Finch. “We have snow removal equipment coming up, any projects they will help assist us with. Currently, we have some projects going on that they’re helping with, so based on the time of the year, it could vary.”

The official selection and approval to pass the resolution will be made this coming Monday night at the City Council meeting starting at 7:00 p.m. 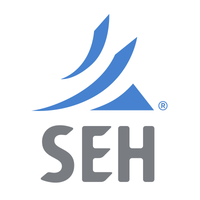