Epitome Energy crossed a major milestone in early June when the agriculture developer broke escrow, clearing a major hurdle to bring a 42-million bushel crushing facility to the agricultural heartland of Crookston, Minnesota.

“This is extremely gratifying for us,” says Epitome Energy CEO and President Dennis Egan. “It’s been exciting to talk with the people who’ve been part of this journey with us, and tell them of the positive things that are happening.”

The facility in Crookston will be built on a 60-acre plot, with an option for additional acres if needed. When operating, the facility will increase the value of northwest Minnesota soybeans by as much as 20 cents per bushel. Northwest Minnesota – home to one of the world’s most productive agricultural regions – is the ideal site to host this one-of-a-kind facility. Soybean production in northwest Minnesota has grown by more than 300% in the past two decades. Currently, there are approximately 170 million bushels of soybeans currently grown in the Crookston region, over four times what this facility would require for feedstock.

“Crookston really is the perfect location to build this facility,” Egan says.

Following the breaking of escrow, Epitome Energy will soon submit air permits and their EAW to the Minnesota Pollution Control Agency within the coming weeks. The project has already received bipartisan approval, along with funding support from both the Minnesota Department of Agriculture and the Department of Transportation.

With the worst of the COVID-19 pandemic seemingly in the rearview mirror, Egan’s team is optimistic about the possibilities ahead for the facility, which aims to contribute nearly $324 million in new economic activity across the 11-county region in northwest Minnesota. According to a feasibility study, the plant would also create 60 direct jobs and have an estimated payroll and benefits of more than $5 million.

“We went through the pandemic, and now there’s this new energy of investors moving forward,” Egan says. “We’ve gotten a lot of good feedback and we’re excited for the opportunities that await us.”

“For Polk County growers like myself, this facility will be a game-changer for generations of producers throughout the region,” says Ryan Skaug, who farms in Beltrami. “The Advisory Board is eager to do everything we can to keep the project moving forward to uplift rural economies in Minnesota.” 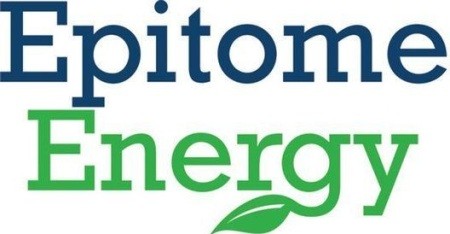