Goodridge was a member of the team at Bethune-Cookman University, a Division I program located in Daytona Beach, Florida, for two seasons. In 2019-20, Goodridge played in 12 games and averaged 1.1 points and 0.9 rebounds per game.
Goodridge attended Paris Junior College in Paris, Texas during the 2018-19 season but he redshirted. As a freshman, he competed for Rend Lake College in Ina, Illinois. Goodridge averaged five points and five rebounds for Rend Lake College.
He attended Central Florida Christian Academy for high school. He averaged seven points and eight rebounds per game as a senior. Goodridge helped his high school to the regional semifinals as a junior and a state runner-up finish during his senior season.

“Zen really shores up our interior play,” said Head Coach Dan Weisse. “We wanted to address our deficiencies and I believe we have done that with adding Nathaniel Powell, with Hunter Lyman being a year older and gaining experience, and now having Zen join our program. Zen will give resistance in the post defensively, he is a good rebounder and is a team-first guy. He has good feet and really runs the floor hard. He has a physicality about him, something we have been missing in the post in the past. In getting to know Zen and talking to his former coaches, it is apparent that he is a culture builder. I am looking forward to working with Zen and welcome him to the Golden Eagle basketball family.”

He is the son of Therol and Christine James-McKenzie. He plans to major in business at UMC. 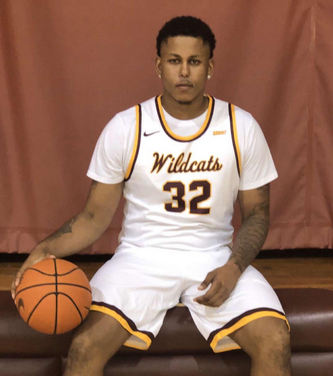