It is playoff time with Section baseball and Softball in the second round of play today.  The Section 8AA golf tournament is set for Monday and Tuesday, while Section 8A crowned its champions already.  The sub-section track meets are Thursday (today) and one of the oddest things of the spring is the Section 8A track and field meet will be on Tuesday, June 8 because let’s have Section golf, section baseball, section softball, chess, marbles, tiddly winks and everything else on the same day….because….why not.  Nothing on Wednesday which is baffling to me.  But I am just a media guy complaining and nobody cares about us because we are the only media entity that covers all of the following in-person – Sub-section and Section 8AA golf, Section 8A track, Section 8AA and 8a Baseball and Softball, Section 8A tennis, and everything else.

The Crookston High School Weight Room hours are listed below.  This year they have special times just for girls.

When: Monday, Tuesday, and Wednesdays

Attend all or as many as you are able to.  Family max=$75

I understand that Crookston High School and the Summer Basketball Academy staff will not be held responsible for injuries of loss of personal property while the above athlete is attending the academy.  I authorize the directors to secure any emergency treatment deemed necessary.  The staff will not be held responsible for payment for this emergency treatment.  Any hospital or doctor fees that are a result of injury will be the responsibility of the parent or guardian.  I also acknowledge that the above athlete is physically ready for the activity of the basketball academy.

Join the Crookston Pirate Volleyball players and coaches will be hosting camps for first through sixth graders the next two weeks for a fun-filled time learning new skills and fundamentals.

The final day of the Section 8A Boys Golf Tournament was held Tuesday and Wednesday at Bemidji Town and Country Club and the Fertile-Beltrami Falcons won the team championship and will advance to the state tournament. The Falcons are coached by Keith Pederson.
Fertile-Beltrami’s team is made up of Rylin Petry (11), Ethan Finseth (10), Masen Nowacki (9), Derek Sorenson (9), Caiden Swenby (9), and Daniel Ivanov (9).

The Section 8A Girls Golf Tournament was also held and the Badger/Greenbush-Middle River Gators won the championship and will advance to state.

41 Minnesotans were selected in the 2021 USHL Phase II Draft, including several players from northwest Minnesota.

Thor Byfuglien of Roseau was picked by Chicago in the 10th round with the 150th pick.

Max Strand of Roseau was picked by Sioux City in the 12th round with the 175th pick.

Calvin Hanson of Hallock (NorthStar Christian Academy Knights 18U) was picked by Cedar Rapids in the 14th round with the 212th pick.

The Minnesota State High School League discussed the state tournament format for the following sports for 2021-2022.

Reller was an All-NSIC First Team selection for the Golden Eagles. He hit .338 as a senior with a .448 on-base percentage and a .803 slugging percentage. Reller had 17 home runs on the season which led UMC and the NSIC.  Reller added 39 runs scored, seven doubles, and four triples. He is UMC’s all-time career home run leader and single-season home run leader.

Goodridge was a member of the team at Bethune-Cookman University, a Division I program located in Daytona Beach, Florida, for two seasons. In 2019-20, Goodridge played in 12 games and averaged 1.1 points and 0.9 rebounds per game.
Goodridge attended Paris Junior College in Paris, Texas during the 2018-19 season but he redshirted. As a freshman, he competed for Rend Lake College in Ina, Illinois. Goodridge averaged five points and five rebounds for Rend Lake College.
He attended Central Florida Christian Academy for high school. He averaged seven points and eight rebounds per game as a senior. Goodridge helped his high school to the regional semifinals as a junior and a state runner-up finish during his senior season.

“Zen really shores up our interior play,” said Head Coach Dan Weisse. “We wanted to address our deficiencies and I believe we have done that with adding Nathaniel Powell, with Hunter Lyman being a year older and gaining experience, and now having Zen join our program. Zen will give resistance in the post defensively, he is a good rebounder, and is a team first guy. He has good feet and really runs the floor hard. He has a physicality about him, something we have been missing in the post in the past. In getting to know Zen and talking to his former coaches, it is apparent that he is a culture builder. I am looking forward to working with Zen and welcome him to the Golden Eagle basketball family.”

He is the son of Therol and Christine James-McKenzie. He plans to major in business at UMC.

The UMC Teambackers will host the Mark Olsonawski Endowed Scholarship Golf Tournament, June 10 at Two Rivers Golf Course, Hallock. All net proceeds from the tournament will benefit scholarships at the University of Minnesota Crookston. The event is 18 holes of four-man Texas Scramble Tournament format. Registration is at 9 a.m. with a shotgun start at 10 a.m.

The Mark Olsonawski Scholarship is awarded to a UMC student participating in ACHA hockey from northwest Minnesota or northeast North Dakota region. To date, more than $24,000 has been awarded from the endowment. Mark Olsonawski is a 1999 graduate of UMC in plant industries management. He was named All-American in football in 1998 and held career records for rushing yards, career receptions, and touchdowns. Olsonawski was also a standout on the UMC Hockey team from 1995-1999. He currently works and lives in Moorhead.

Golfers are encouraged to participate in the upcoming UMC Teambacker Golf Classic presented by Altru Health System to be held Friday, July 16 at Minakwa Golf Course in Crookston. To sign up for the Classic, visit z.umn.edu/teambackergc or contact Derek Martin for more information regarding either golf tournament at derekm@umn.edu. 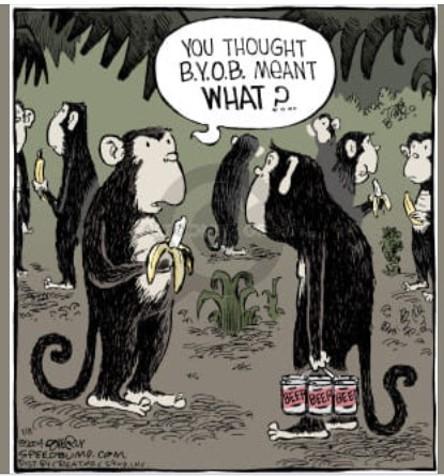 Paul Bittner is playing professional hockey in Sweden for Vasby IK of the HockeyAllsvenskan league.  He will be returning to Sweden in the fall.

Aleece Durbin, is a Junior on the University of North Dakota Women’s Track and Field team.

Brady Butt is a freshman playing football at the University of Jamestown.

Rachel Hefta, a Sophomore, is playing volleyball at Hastings College in Nebraska.

Nick Garmen is a sophomore playing tennis at the University of Minnesota Morris.

Thea Oman, a sophomore, is swimming at St. Ben’s.