The Crookston Pirate Girl’s Golf team used a career-best round from Hannah Brouse to shoot their best score of the year with a 375 to win the North Sub-Section 8AA Golf Meet in Bagley at the Twin Pines Golf Course. Crookston edged East Grand Forks and Hawley by four strokes and all three teams advance to the Section 8A meet. “I was definitely very happy with their play today,” said the Pirates Head Coach Jeff Perreault. “They picked the right time to put together one of their best performances of the year.”

Hannah Brouse shot her career-best (by 11 strokes) 85 to lead the Pirates to their first-place finish. Hannah had nine pars, seven bogies, and two double bogies. “She did shoot an 82 earlier this year in a JV meet so we kind of figured that she is capable of the mid-to-low 80s,” explained Coach Perreault. “I couldn’t follow along on the new scoring app so I didn’t know how she was doing. She said she was doing well, but I had no idea it was going that well.”

Joslynn Leach shot an 89, good for a fourth-place finish individually. Leach had six pars, 10 bogies, two double bogies, and one triple. “She wasn’t happy today because she wanted to be below 85, but she has been really consistent for us all year,” said Coach Perreault. “The thing with her is she is so resilient. She came back after putting one in the water with three straight pars to wrap things up for her.

Sophia Rezac was under 100 for the second time this season with a 98.  Sophia had one birdie, three pars, eight bogies, three double bogies, two triple bogies, and one hole at four-over. “She might have got a little tired and posted a few big numbers late so she was a little disappointed,” said Coach Perreault. “Overall, under 100 is good for us. It was just earlier this year that she had her first round under 100 as a high school golfer.”

Ava Martin shot a solid 103. “She is right there to get under 100. I think she can still get there this year,” added Coach Perreault. “A couple putts here or a chip or two there and she can get there.”

Grace Fischer turned in a 108. “She has been incredibly close to breaking 100 this year. Her game is there, so she just has to put it all together,” said Coach Perreault.

Samantha Rezac had a 112. “Samantha is close to that score as well,” added Coach Perreault. “In all honesty, I think we could have all six of our girls hitting below 100 on a single day. It’s obviously a tough thing to do, but the way we have been trending who knows.”

Crookston, East Grand Forks, and Hawley, and the top six individuals not on the three teams will advance to Section 8AA meet on June 7 and 8 at the Bemidji Town and Country Club. “I’m anxious and excited to see what they can do in a two-day meet,” said Coach Perreault. “This is what we play for.” 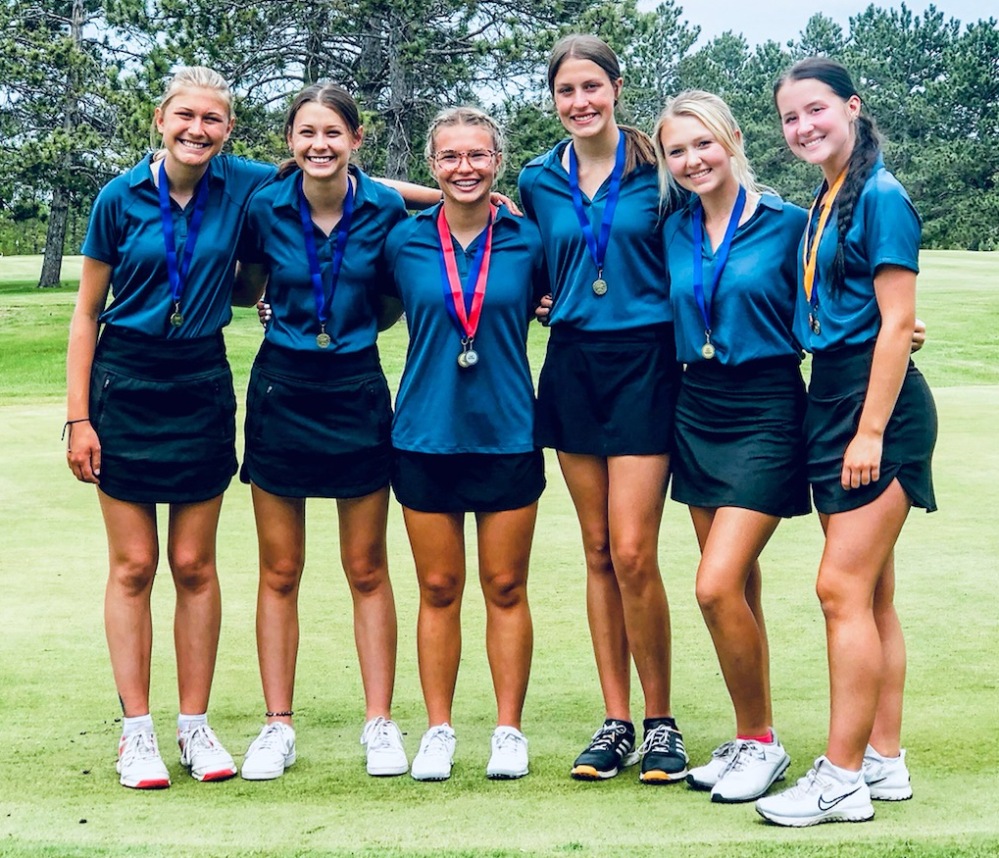