The Crookston Planning Commission met Tuesday evening approving the recommendation of a multi-faceted variance request for the Ag Innovation Campus that broke ground this fall and expects to begin substantial construction this spring.

The Ag Innovation Campus requested three separate height variances up to 120 feet explained City of Crookston Building Official Greg Hefta. “There were three different heights that we were looking at,” said Hefta. “It’s 120 feet for a main elevator for a malting elevator bucket. Then, four other elevators may also go up to 90 feet high on the east side of the building at Highway 75 and Ingersoll Blvd. The 60-foot is for the building and any other structures built on that site. We didn’t want to have a 120-foot free-for-all with whatever they wanted to build at that height. We wanted to limit the structures that they were requesting.”

It was noted that approved variance uses for the I-1 zoned industrial include flour, grain, feed, or milling under City Code 152.65.B.1. Other similar facilities, including American Crystal Sugar, which is outside city limits but just across the highway from the proposed Ag Innovation Center, have structures with similar heights.  “It’s just kitty-corner or adjacent to American Crystal Sugar,” said Hefta. “Also, some other agricultural facilities in town are definitely higher than 40 feet, which is what our ordinance limited the Ag Innovation Center to prior to the meeting tonight. I think it fits the city’s comprehensive plan in that regard.”

The commission tabled discussion on a conditional use permit request from the Red River Valley Shows to construct 15 full-service recreational campsites. City Councilman Joe Kresl said he’d like to know more about their plans – whether they intended to serve just their events or have long-term stays competing with the new $1.79 million campground the City of Crookston would be constructing.

Hefta told the commission he had requested the Red River Valley Shows send a representative to the meeting, although none was present. However, he thought they were still in the early stages of planning and only wanted to gauge the city’s response. “They do have the right to ask for a campground per our ordinances, but we want a little bit more detailed plan per the Planning Commission to see what their intended use of that campground will be,” said Hefta. “And the site development, and future long-term usage. The Planning Commission wanted more information and tabled it because of the fact they didn’t have that information.”

Commissioner Shirley Iverson, many of the places she’d gone with horses, had campsites similar to what they were requesting and wanted to encourage Red River Valley Shows to attend a meeting to share their vision with the Planning Commission.

The City also needs to determine land use for any property it’s selling. Hefta said he believed leaving the 110 Lincoln Ave lot R-2 was the right move. “That was a residence that had a structural fire and was demolished in 2019-20,” said Hefta. “The City wants to sell that lot and get it onto the tax roll base. It was a good decision.” 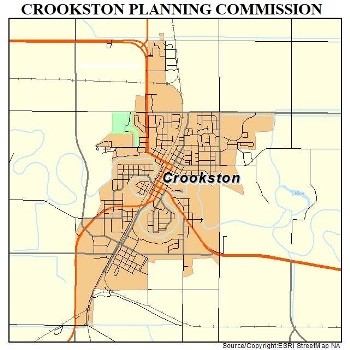