We are technically in the third week of high school winter sports and the cancelations and postponements have been limited with only a few being reported so that is great news.  The kids are playing and that is great to see!

One thing we have come to expect is some interesting scores.  This season will be interesting every night and now more than ever, we don’t know what to expect.  Enjoy this week’s Sports Feever column.  If you have any info that might be newsworthy, send it to me at chrisjfee@yahoo.com.

Paul Bittner has signed to play professional hockey in Sweden. He has signed with Vasby IK of the HockeyAllsvenskan league. The second-highest league in Sweden and one of the top leagues in Europe.

Paul played the last four years with the Columbus Blue Jackets AHL team, the Cleveland Monsters, and his contract was up at the end of last season. The end of Paul’s first professional contract couldn’t have come at a worse time as COVID-19 hit canceling the end of the AHL season last spring and leaving all the free agents in flux as the NHL/AHL teams didn’t talk to free agents until after the NHL season was done this summer. “We were waiting for the AHL to start and see if there was something that could be worked out with an NHL or AHL club,” said Bittner. “It didn’t work out this year. A lot of guys like myself are finding their way overseas.”

Bittner played in 190 games for the Cleveland Monsters (from 2015 where he played in two games at the end of the season to 2020) and scored 25 goals while recording 43 assists. He was drafted by the Columbus Blue Jackets with the 38th pick of the 2015 NHL draft.

Bittner is leaving for Sweden on Tuesday and he will play in the final 16 games before relegation starts and he is excited for a chance to prove himself. “If I play well enough, it could lead to an AHL contract and possibly link up with a team,” said Bittner. “The league is so well respected among the hockey world so it’s a very good opportunity, not only to play in Sweden but also in Europe and it could open opportunities for me in the top leagues in Europe.”

It will be Tampa Bay and Kansas City in the Super Bowl next weekend.  It just goes to show coaches get too much credit and too much blame.  Everybody thinks Bill Billicek is a great coach.  Well, with Tom Brady they were the top team in the NFL year-after-year.  This year, New England doesn’t have Tom Brady and they don’t make the playoffs, and Tom Brady’s Tampa Bay Buccaneers are in the Super Bowl!
So is it the coaching, or is it the players?  No matter how good of a coach you are, you can’t win without good talent.  No matter what the crazy parents think!

Also,
When Tom Brady played and won his first Super Bowl in 2002, Patrick Mahomes was in kindergarten.

There are several undefeated teams in northwest Minnesota in the third week of competition.  I have them listed below –

Crookston Pirate Boys Basketball Coach Greg Garmen got his 400th career victory in a win over Climax-Fisher on January 21. 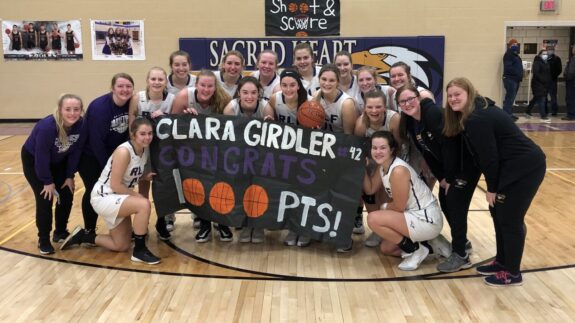 As a freshman at NIACC, Leach averaged 7 points, 2 rebounds, 1 assist per game while shooting 37 percent from the field, 35 percent on three-point attempts, and 79 percent from the free-throw line in 27 games.
This year NIACC has played two games and Leach has averaged 15.5 minutes per game.  She is averaging two points, 3.5 rebounds, 2.5 assists, and 4.5 turnovers per game.  She is shooting 12% from the field (2 of 17) and is 0 for 8 on three-pointers.

The University of Minnesota Crookston had nine student-athletes earn the NSIC Myles Brand All-Academic with Distinction Award. The honor, named for the late NCAA President Dr. Myles Brand, is bestowed to senior NSIC student-athletes who have a cumulative grade point average of 3.75 or higher, are exhausting their eligibility and are on track to graduate (student-athletes can only earn the award once). Each student-athlete will be recognized by the NSIC with a certificate of achievement and a wristwatch. A record number 227 student-athletes from the NSIC’s 16 institutions will receive the award in its 12th year, 33 more than last year’s record of 194.
UMC Volleyball led the way with 3 student-athletes receiving the award, and Softball had two.

On Saturday, while broadcasting the University of Minnesota Crookston Men’s basketball game I was lamenting about the University not allowing fans, at least parents, to their home games after the Department of Health said you could have up to 150 fans in attendance.  Either somebody listened or they came to the conclusion themselves, and they will allow two ticket per player.

A kid goes to a lower level (FCS or mid-major) and is doing well and wants to play in the big-time for a Big Ten, ACC, SEC, Big 12, etc.

Some cases are graduate transfers.  If you go to graduate school, you can play one year at the new institution.

Over the last decade, kids have become less loyal.

Those are some of the reasons along with not fitting in with the program/team and not getting along with the coach.

An old man walked into the confessional at the cathedral and said to the priest, “Father, I’m 80 years old, married, have four kids and 11grandchildren. Last night I had an affair, and I made love to two 18year old girls. Both of them. Twice.”
The priest replied, “Well, my son, when was the last time you were in confession?”
“Never Father, I’m Jewish.”
The priest paused, and then asked, “So then, why are you telling me?”
“Hey, I’m telling everybody.”

A guy walks into a supermarket and buys the following:
——————–
1 bar of soap
1 toothbrush
1 tube of toothpaste
1 loaf of bread
1 pint of milk
1 single serving of cereal
1 single frozen dinner
The checkout girl looks at him, smiles, and says, ‘Single, huh?’

The guy smiles sheepishly and replies, ‘How’d you guess?’

She says, ‘Because you’re ugly.’ 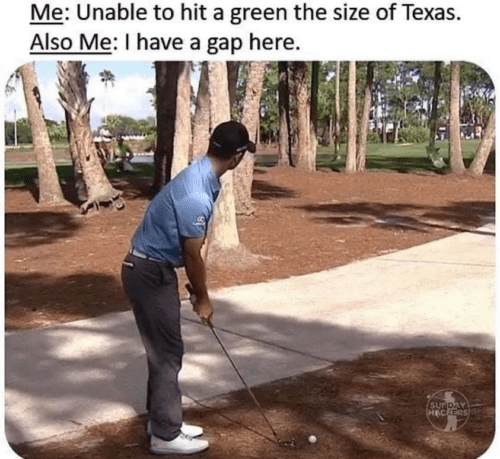 Aleece Durbin, is a Junior on the University of North Dakota Women’s Track and Field team.

Brady Butt is a freshman playing football at the University of Jamestown.

Brita Fagerlund, is a Senior on the University of Jamestown Jimmy Women’s Track team.

Ben Trostad, is a Junior member of the University of Minnesota Crookston golf team.

Cade Salentine is a redshirt-Sophomore playing football at the University of North Dakota.

Nick Garmen is a sophomore, playing tennis at the University of Minnesota Morris.

Caden Osborn, is a freshman playing basketball at the University of Minnesota Morris.

Thea Oman, a sophomore, is swimming at St. Ben’s.