The Minnesota National Guard will provide a company of Soldiers to support presidential inauguration activities.
This week more than 130 Soldiers from Bravo Troop, 1-94th Cavalry Squadron, and Airmen from the 148th Fighter Wing will report to Washington D.C. in support of National Guard assignments for the inauguration.

“Every four years National Guardsmen from throughout the country are called to assist local units supporting the inauguration,” said Colonel Scott Rohweder, Minnesota National Guard Director of Operations.  “We are proud and ready to serve the nation at this historic event.”

“National security events, like the Inauguration, require rotational support from across the country to be successful,” said Rohweder. “In the recent past, we have sent as few as zero and as many as 350 Guardsmen to support
the inauguration.”

100 YEARS ON SUNDAY, JANUARY 17
Sunday will mark exactly 100 years since a squadron at the 133rd Airlift Wing received federal recognition, creating the first Air National Guard unit in the country.

It started on Sept. 26, 1920, when U.S. Army Gen. Walter Rhinow, Lt. Col. William Garis, and Capt. Ray Miller rented a Curtiss Oriole biplane and made a daring seven-day journey to Washington, D.C. to lobby for the formation of a flying squadron. Due in part to this impressive display of aircraft capability, even with a significant lack of air support, the Militia Bureau formed the Air National Guard and on January 17, 1921, the 109th Observation Squadron was federally recognized as the first Air National Guard unit in the nation.

Today’s 109th Airlift Squadron is the direct descendent unit of the original 109th Observation Squadron, located at the 133rd Airlift Wing. The Wing is attached to the Minneapolis – St. Paul International Airport.

Lt. Col. Dana Novinskie is the current commander of the 109th Airlift Squadron. She is the first female flying squadron commander in the Wing’s history.

“I consider it a privilege to serve, both at the state and federal levels. Our Wing has an important mission. I am honored to command the 109th Airlift Squadron and look forward to being a part of expanding its legacy,” said Novinskie.

The 133rd Airlift Wing operates C-130 Hercules aircraft. Last year the Wing logged an impressive 2,000 flying hours in support of overseas missions, and here at home members were called up at a record pace to assist with civil unrest, COVID testing, support in long-term care facilities, and other State Active-Duty missions.

“I continue to be impressed by the caliber of men and women I serve with here at the 133rd Airlift Wing,” said Col. James Cleet, 133rd Airlift Wing commander. “Last year was a difficult one, and our hard work is not yet over. Trying times define people and organizations, I have no doubt the 133d Airlift Wing will continue to meet the needs of our state and nation.” 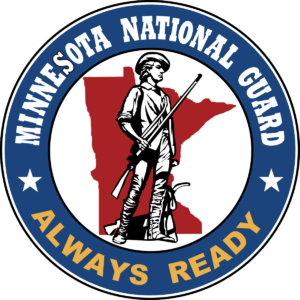