However, according to Crookston Eagles Manager Jake Fee, who also serves as the State Secretary and Treasurer for the Eagles and Aerie Membership, the Crookston Eagles Club, and other Eagles Clubs throughout the state are being excluded from those relief payments. “We found out about a week and a half ago that Minnesota Revenue isn’t going to classify us as a bar or restaurant,” said Fee. “Our NAICS (North American Industry Classification System) code is actually going to be a civic and social organization. Right now, they deny us any of the COVID relief payments that they are sending out to bars, restaurants, and other organizations around the state. It costs most of us between $15,000-25,000 in those relief payments. It’s been a hardship not only here on our local Crookston Eagles Club but the Eagles throughout the state. Kind of a glitch in the system with Minnesota Revenue classifying our organizations as not a bar/restaurant has caused some hardships throughout the state.”

Fee said that the clubs are classified as restaurants and bars with the Department of Health and unemployment, but the Department of Revenue is only accounting for their NAICS code. “We’ve reached out to our local representatives – Representative Deb Kiel and Senator Mark Johnson – along with the governor’s office,” said Fee. “There have been no callbacks from the governor’s office for about a week and a half now. And we’re still waiting on a response back from Representative Kiel and Senator Johnson. Just can’t really get any answers on the state level even though with State Health, we’re classified as a restaurant, a place of refreshment. Unemployment and everyone else classifies us as a bar and restaurant. For whatever reason, there is a coding issue with Minnesota Revenue that we’re not getting answers to right now.”

Fee said the club was originally more of a civic or social organization, but that the Eagles clubs’ business model has changed over the years. “As you go back into the 50s and 60s, we were probably more of a civic, social club,” said Fee. “We were closed at that time to the public, and you had to be a member to come in. The different clubs have really changed into being more of a bar and restaurant type of organization set up by changing our business model. I don’t know if that has never been changed on the Revenue side to reflect that or not. We have our liquor licenses; our state health licenses. We pay our liquor license and sales tax every month to Minnesota Revenue, yet somehow they’re still not accepting us as a bar and restaurant, which has been a frustration.”

There are 44 Eagles Clubs throughout the state of Minnesota. Fee said there is a concern that most of those could be forced to close permanently due to financial issues as a result of the COVID-19 pandemic. “Right now, honestly, locally, we’re going to be able to get through this,” said Fee. “But there are a lot of clubs on the state level that I’ve been in communication with that are hanging on by a thread. We’re very concerned that we could lose 30-40 Eagles Clubs throughout the state if the state doesn’t step in and rectify this.”

The Minnesota Department of Revenue has indicated that a dispute process will likely be created in a couple of weeks. Still, it’s unknown how long that process could take or the results of filing a dispute.

Currently, the clubs are trying to get state legislators to take up their cause. “Right now, we’re just trying to put a lot of pressure on the state senators and representatives,” said Fee. “Hopefully, we can get help through that process. We have a couple who have reached out to us from the Twin Cities area that have said they want to set up meetings with the governor’s office to help us out. Hopefully, we get word back from our local representatives on putting pressure on the state to help us out. We do know that the Minnesota Beverage Association is coming out with a press release as well and putting their legislative advisors on this as well to help move the clubs to eligible for this money.”

Fee said he’d also hope that Governor Walz would rectify the issue because the clubs were forced to shut down under his order. “Governor Walz said – if I’m shutting down these businesses once again, we have to have the money to back it up – and to be honest, the governor’s office has been little to no help for our organization right now,” said Fee. “We’re hoping that Governor Walz steps up and recognizes this is a coding issue and if you take a look at it we should be receiving these COVID payments just like everyone else in our business.” 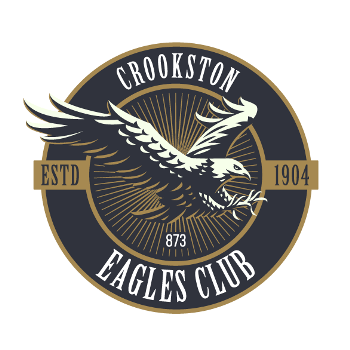