Crookston High School junior Miracle (Angel) Espericueta was selected as one of the winners of the MY HERO International Film Festival’s Relationships First Award and 1st Place in the High School Category. The award ceremony was held virtually Saturday evening.

Espericueta’s video was title “Cries of the Children,” which also won the Youth Jury Award at the 2020 Minneapolis Film Festival in July. Espericueta said she was inspired by the stories of families being separated at the United States’ southern border. “The video is about the border and immigration, and how families get separated,” said Espericueta. “I kept seeing that all over social media, and it inspired me to make a video about the kids. The kids should be with their parents, especially if they’re young or babies. That’s what motivated me.”

The film shares the reactions of people as they listen to the cries of six-year-old Alison Jimena Valencia, who was separated from her mother by U.S. Customs and Border Patrol.

The Relationship First award included a prize of $1,000. “I won first place in MY HERO film and first place in the High School Award,” said Espericueta. “And tied for the My Hero Award. The judges sent me $1,000. And they told me they liked my video. That I did a good job on it and to continue with my work.”

Espericueta said she first got into visual media as a photographer with Fresh Voices at Crookston Studio 110, a gathering space for the Latino Community. “I’m in the community called Fresh Voices,” said Espericueta. “It’s a Latino community. We do photos and make films. I started as a photographer and decided to make a video because of what’s going on with social media. I joined the community when I was eight.”

The judges wrote that Espericueta’s film clearly promotes meaningful and important relationships, which is so needed in these times. They added that they were all very moved by the film as it is a very emotional subject and Espericueta did an amazing job creating empathy in the viewer. 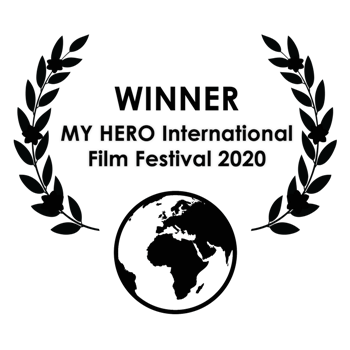