The Crookston City Council met on Monday night. All items were on the consent agenda, which was passed 7-0 with Dylane Klatt absent.

There was no Ways & Means meeting held Monday.
New City Administrator Amy Finch said a few things weren’t ready to be presented to the committee yet. Finch said one of those is the updated plan from APG Development being review by the city and Crookston Housing and Development Authority. “We have had some recent communication from Mr. (Elliot) Steinbrink that staff and CHEDA are at a point of working through,” said Finch. “We’ll be reaching out to him but we don’t have anything at this point ready to present to council for further discussion, but we do expect that coming up at a future Ways & Means.”

The same night Steinbrink spoke with the City Council, a group of developers including Community Contractors presented a proposal for a mixed-use building and town square to the Council. Finch said she didn’t believe there had been any communication from the city to them about moving forward since that meeting either. 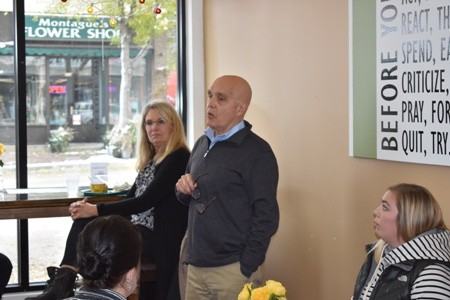 City Attorney Charles “Corky” Reynolds also received congratulations from members of the City Council for receiving the Terry Ryan Play Ball! Minnesota Award. Reynolds said it was humbling for him. “Thank you very much,” said Reynolds. “That was a very humbling thing for me. That encompasses all of Twins Territory. Previous winners have been from other states as well. Completely surprising to me. In fact, when he called and said he was from the Twins I thought he was going to try to sell me season tickets. But he explained what the award was, that I’d been nominated and selected. Quite the experience and very, very humbling.”

Reynolds has been involved with Crookston baseball for many years. “You know, I played in the youth program here many, many years ago,” said Reynolds. “Worked my way up. Been the announcer. Worked with youth baseball, legion, babe ruth, Reds, I just love it. For me, it’s one of those things, if you love what you’re doing it’s not even work. I really enjoy it. Quite an honor for Crookston and myself.”

FOX Sports North will bring the 16th edition of the awards banquet to living rooms around Twins Territory at 7 p.m. CT on Dec. 9. Reynolds explains he’ll be happy just to mentioned with the Twins even if the traditional evening won’t be held due to the current pandemic. “They explained to me that typically there is a banquet and the award winners come to the Twin Cities and sit on the stage,” said Reynolds. “So, I would’ve been up there with a lot of Twins. This year, that didn’t happen and won’t happen. But as I understand it they are going to do a live feed on Fox on December 9. They’re going to give me some details about that. When he explained who is going to be involved I just said – hey, you put my name with Nelson Cruz, I’m happy.”