Ag industry leaders, including American Soybean Association Director and Minnesota farmer Jim Kukowski, joined Rep. Collin Peterson and other House Agriculture Committee members last week to discuss an issue threatening to derail precision agriculture, which Kukowski cites as one of the greatest technological advances on the farm in decades.

Peterson, chair of the House Ag Committee, and House Ag Committee Member Rep. Glenn “GT” Thompson (R-Pa.) participated in the discussion regarding the Federal Communications Commission’s (FCC) decision to allow Ligado Networks to operate a terrestrial wireless network and how it will threaten the reliability of GPS receivers used in precision agriculture.

Because growers rely upon precision technology so heavily, the prospect of GPS units not working is critical to every single soybean farmer.

“Our organization has been advocating for the soybean farmer for 100 years,” said Kukowski, a soy grower from Strathcona and chair of ASA’s Conservation and Precision Agriculture Committee. “The arrival of GPS to farms has been the biggest technical advancement the industry has ever seen. The fact that the FCC would threaten our farmers with such a misguided decision is incomprehensible.”

ASA also joined leading ag organizations representing farmers across the country this week in support of the Keep GPS Working Coalition, urging a reversal of the FCC’s Ligado decision. 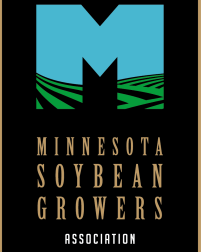