The Development, Policy & Review Committee met on Tuesday to review 39 applications for CARES Act small business grants with the City of Crookston.  The committee will meet again Friday to finalize their initial recommendations to the City Council, which include awarding up to $515,656.02 in grants. There is a total of $750,000 available in grants for Crookston businesses and nonprofits.

City of Crookston Finance Director/Interim City Administrator Angel Weasner said there were 39 applications received. Weasner said all applicants were asked to meet the following requirements. “Profitable or nonprofits were eligible to apply,” said Weasner. “They must have a physical address within the city limits, be registered with the Secretary of State, and in good standing with no delinquent bills, charges, or taxes from the city or county. And they needed to be currently operating or operational as statutorily allowed. Those applications all had to be received by September 18, and they had to include a profit/loss statement from the same period in 2019.”

There were several restrictions on what businesses could apply for as well. “They also needed to let us know if they had received a PPP (Paycheck Protection Program) loan and provide documentation for that loan,” said Weasner. “We didn’t want them to receive funds for the same expenses, so we didn’t want double-dipping. And we requested they provide the amount of unemployment benefits they received. And we requested that if or when they received a grant, they not be used to pay for property taxes, liquor licenses, or other government fees.”

Three of the applicants were removed, while another 13 will be recommended for approval to the City Council, provided the City Council approves updating the guidelines to allow entities not registered with the Secretary of State to receive funds. “There were 39 applicants that submitted applications to us,” said Weasner. “We pulled three of them as they were outside of the city limits. There are 13 that are going to be requested to provide additional documentation. The committee, prior to reviewing any applications, did discuss the Secretary of State requirement that many of the organizations are not necessarily required to register with the Secretary of State. Some are sole proprietorships and don’t have to register, and we had to be more flexible in that aspect. So, the committee is recommending to the City Council for Monday night that they waive that part of (the requirements) with additional documentation as a 990 for nonprofits or their tax return.”

The businesses that we’re review for being outside the city limits will be reviewed in October when the Cities of Crookston, East Grand Forks, and Fosston will administer an additional $125,000 in available funds on behalf of the county. Several businesses will be asked to provide further information before Friday’s meeting to have their grants recommended to the City Council in the first wave of grants. “I will be contacting several of the businesses to ask for the additional documentation, so we can still process them with the next City Council meeting as long they provide that documentation prior to Friday,” said Weasner. “The committee is going to meet Friday at 11 a.m. to make the recommendation to the City Council on the grants to be approved. This way, we can include some of those that can provide that in a very quick turnaround time.”

With the proposed change in guidelines, Weasner said the City of Crookston would reopen applications. “Now that we will be making the amendment for the registration with the Secretary of State, we’re going to extend and have a second round,” said Weasner. “We’re going to have applications that can be received once again until October 6, and then the committee will meet after that to review those applications.”

The Development, Policy & Review Committee will meet Friday to finalize their recommendations to the City Council for the first wave of small business grants. 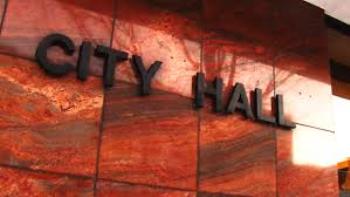