Election Night is supposed to mark the end of the election season most years in Minnesota. However, election night will only give us some of the answers in 2020.  That’s because beginning with this November’s elections, officials must accept ballots postmarked by election day for seven days after the election.

To be accepted those ballots have to have been postmarked November 3 and also must be filled out correctly on both the ballot and mailing envelope. Property Records Director Michelle Cote oversees the elections in Polk County. She said the new rule will allow trays of ballots usually received after election day to be counted for the first time. “Typically, we get trays of mail after the election, that in a normal year we aren’t able to count because it’s past 8 p.m. on election day,” said Cote. “This year, we will be counting those ballots we receive by mail for seven days. That puts a delay on the final results. The things we have to be aware of is that even though we’ll post the election results on election night they won’t be final, and a close race could definitely flip. I think it’s far more impactful on the local races versus things on the national level.”

Local races can usually be fairly tight which is why Cote believes the final results ten days after the election could swing some results. “It’s not unusual for us on the township, school board, county races for the margins between the candidates to be relatively small,” said Cote. “You get a tray of mail of 250 ballots on a single day, that could definitely swing how those candidates line up. We’re kind of going blind as we don’t have a lot of history to look back on as to how these things go.”

Cote doesn’t plan on providing daily voting updates between election night and when results are final. “We’re not going to upload those results daily,” said Cote. “We’ll do a final upload on day seven. I think it will make it a whole lot easier for us if we’re planning one final upload on the tenth. I assume those results will probably in sometime before 6 p.m. on November 10.”

Polk County has already mailed out over 3,500 absentee ballots requested by the county’s approximately 11,000 voters with physical voting locations. Those requests have already been processed and the ballots mailed. “All of those people who have requested an absentee ballot should have received it no later than Thursday this week,” said Cote. “We’re already starting to see some of them come back to us already. We outsource the stuffing and preparation of our mail ballots with about 6,300 voters impacted by that. I get an email that tells me what’s going to be in my mailbox for today and live in a mail ballot precinct. My mail ballots are going to be in my mailbox today.”

With the election still 43 days away, it is likely the number of absentee ballot requests will increase, meaning more ballots could possibly be received and counted after the preliminary results are released on November 3. “If someone has applied for an absentee ballot and hasn’t received it by Thursday or Friday this week, please feel to call or email us,” said Cote. “They can call us at 218-281-2554 or email at elections@co.polk.mn.us to check on the status of their ballot whether it was sent, returned to us, or whatever the case may be. We can always spoil it, and resend it.”

Voters may also receive multiple absentee ballot request forms from political parties, the state, and other voting organizations in the mail.  Once residents have used one of those to apply for an absentee ballot, they don’t need to fill out any of the others.  Voters can also print an absentee ballot application or submit one online through www.mnvotes.org or can file an absentee ballot in-person at the Polk County Government Center Taxpayer Service Center. 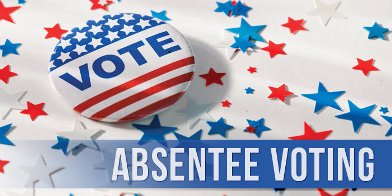