The U.S. News and World Report released the college rankings on Monday and the University of Minnesota Crookston did well in the category of Top Regional Colleges in the Midwest. 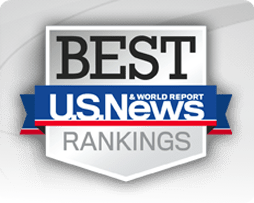 Schools in the Regional Colleges category focus on undergraduate education but grant fewer than 50% of their degrees in liberal arts disciplines. They sometimes predominantly award two-year associate degrees. The schools are ranked in four geographical groups: North, South, Midwest, and West.

UMC received an overall score of 61 out of 100 and has an average 6-year graduation rate of 52 percent. The report said UMC graduates have a starting median salary of $49,000 and the fall 2019 acceptance rate was 66 percent.

For the title of the Top Public Regional college in the midwest, UMC beat out 10 other schools. #2 was Dickinson State University, Lake Superior State University was #3, Valley City State was #4, and rounding out the top five was Mayville State.