With the win, Lyczewski has won five titles, and he has finished runner-up four times.  Thompson is from the Twin Cities metro area and found out about the tournament when his kid came to play baseball for the University of Minnesota Crookston and has been playing in the tournament ever since.

Lyczewski had a great battle with another Ernotte Hiller veteran Scott Lindgren.  They were tight the entire match, and Lyczewski was able to earn a 2-1 win.  “Scotty has been around (the tourney) for about 25 years, and we are the same age, and we both hit it the same distance and I always enjoy playing against him,” said Lyczewski. “I struggled early, and he was ahead of me, then he struggled down the stretch, and I was able to pull through.”

In the Championship match, Lyczewski took an early lead and was four up after nine holes over Jason Thompson.  “The greens got really fast. They went out and cut and rolled the greens, so they got really fast.  He struggled a bit, controlling it, and I think we all struggled a bit with it,” said Lyczewski. “I got some breaks and made a few putts.”   Lyczewski continued to roll and won the match on the 12th hole.  There was a little confusion after the 12th hole on the actual score with the two golfers, but Thompson said to Lyczewski, “I think you just beat me.”  The two double-checked, and Lyczewski won the match 7-6 (up seven with six holes left).  “It helped out that I finally putt well today.  I am just happy to win,” said Lyczewksi. “As you get older, it gets tougher, but I enjoy it.  It is better to win as you get older.  I am blessed to get lucky and win again.” 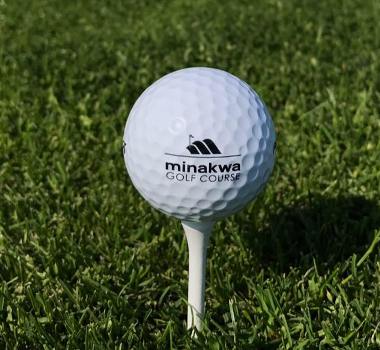