Commissioner Gerald Jacobson said he didn’t believe 2020 was a year to consider the tax with businesses and residents struggling in the face of the COVID-19 pandemic. “We’re at a time we don’t know where our economy is going,” said Jacobson. “We know we’re going to have businesses closing, and there is a lot of fear out there. This is not the time to increase the cost to our constituents. I’ve always had that position, and I didn’t waiver from it.”

Commissioner Warren Strandell said he’d support an increase in the local options sales tax, just not in 2020 given the current state of affairs. “I think I would stand by that,” said Strandell. “There is always the need for new money for the construction and maintenance of the highway system.”

Commissioner and Board Chair Gary Willhite said there will still be some road maintenance concerns that will probably be included in the county’s budget discussions in September. “There wasn’t a consensus, and if there’s not, it’s best to put things on hold to take a look at it,” said Willhite. “Probably, neither one is really popular amongst the public. We felt we wanted to put this on hold. Obviously, there will be some maintenance concern next year, and those will probably be involved in our budget talks in September.”

Polk County Highway Engineer Rich Sanders said he’s not sure where he can come up with the $500,000 anticipated shortfall for highway maintenance. “The board chose not to raise the local option sales tax or add the wheelage tax again,” said Sanders. “For County State Aid Highway roads, we’re going to be about $1.4 million short for 2021 based on people driving less due to COVID. The next discussion I’m going to have to have with the board is are they going to use property taxes to backfill it or are we going to have to figure out another way to maintain roads this year and continue our construction as was planned for 2021. $900,000 of that $1.4 million would be construction. The other $500,000 was maintenance. Looking at everything, I don’t know where I could come up with $500,000 of the extra feeds to maintain our roads.”

Sanders said he expects a lively discussion in September to go over the Highway Department Budget and that how much the CSAH funding may be lowered won’t be finalized until November when a better picture of the COVID-19 impact is known. “We won’t know until November what those actual numbers are,” said Sanders. “But we’re budgeting for a 15 percent decrease. If it comes in at 10 or 12 (percent), so be it, that would be better then if it comes in at 20.”

Sanders said the next discussion that would take place would be to add $1.4 million to the property tax levy, which would be a 50 percent increase to the levy for the Highway Department. “Our normal local levy amount is between $2.3-2.5 million,” said Sanders. “If you had another $1.5 million, you’re going to be at $3.9 million vs. $2.5 million, so you’re almost doubling it.”

Currently, there is a $400,000 balance in the fund from the past Wheelage Tax, which will be used to pay for the construction on County Road 210.  Sanders also said the local option sales tax balance is about $1.4 million, which will be combined with $1 million the county received in funding to reconstruct Fisher Avenue in Crookston in 2021. 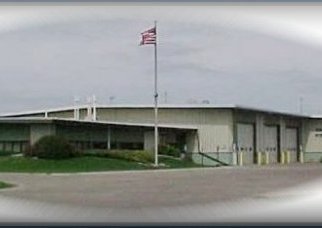