Adeline Irene Parnow, 90 of Thief River Falls passed away peacefully on Friday August 21 at the Thief River Care Center surrounded by her loving family at her side. 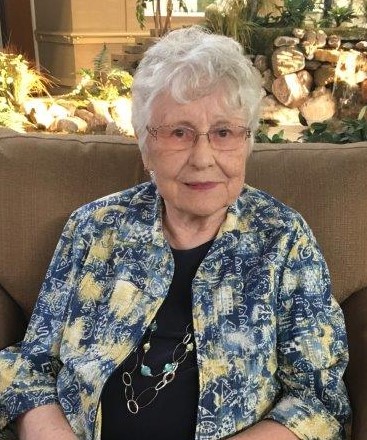 Adeline Irene was born May 1, 1930 in a small house in Reiner Township, Goodridge Minnesota. Her parents were John Palmer and Mayme Sena Hennerita (Dahlen) Kulseth.  She was baptized July 6, 1930 at Ekelund Lutheran Church by Reverend O. O. Bjorgan and she was confirmed at the Goodridge Lutheran Church in 1945.  Adeline attended the Goodridge School where she graduated May 1949.

Adeline was very involved as a leader for 20 years in the Star 4-H club with her children.  Adeline was President of the 4-H council for many years and in 1991 she was inducted into the 4-H Hall of Fame. She was a contestant in the “Make it Yourself with Wool” contest. She was a member of the Star Township Homemakers club.

Adeline and Robert retired from farming in 1989 and moved to a beautiful home by the river in Thief River Falls. Adeline started her housecleaning business and retired with a golden dust pan award.

Adeline enjoyed many hobbies, crafts, gardening, and her flowers. She had a great interest in her family, neighbors, her church, and 4-H Club. She was the first one there with a hot dish or pan of brownies for anyone who needed help.

In addition to her parents, she is preceded in death by her husband Robert Parnow, Sister Delores Sorter, Brother Dennis Kulseth.

In Lieu of flowers memorials are suggested to the Ekelund Sunday School Fund, Hospice of the RRV or the Thief River Care Center Patio Fund.