Welcome to an Independence Day holiday week column.  Every year I think this will be a short column and then I get a bunch of news that falls into my lap!   Have a safe and enjoyable Fourth of July.

I have an honest question – Is there anything better than an ice-cold Coke, Cherry Coke, or Coke zero in a can on a hot summer day?  I am still searching…..although an ice cold Corona Premier with a lime is a solid second place.

ISD 593-Crookston Public Schools will be selling used weight room equipment by sealed bids. Interested parties can view equipment on Tuesday, July 7 from noon to 7:00 pm by calling Greg Garmen at (218)281-2144 and setting up an appointment.

Please turn your bids into:

Once the bids are opened, you will be notified if you are the highest bidder.  Equipment will need to paid for and be removed by July 22nd.  Some of the equipment needs to be taken apart to get through the doors.  Crookston Public school staff will dismantle and place on a pallet for you to pick up at a specified date and time.

I go to the Feever email inbox.   I honestly have no idea if this person is serious or joking, but figured I would share –

Feever,
I noticed that some yards have UMC signs that read #ownthenorth on it.  I find it interesting that a liberal institution like the University of Minnesota would allow that out there after all the things that have gone on in the last month.
What do you think?

Answer – While I can’t tell if you are serious, giving the needle to UMC, or know how bad I disliked the phrase when they came out with it last year, I will say this-

I never thought of it until you brought it up, to be honest.  I am thinking UMC probably should pull those signs to be safe and they have a new slogan this year with I M Crookston.  So I approve of the new slogan and would strongly encourage them to keep it for several years.  I got my new sign Wednesday.
I did suggest that they should reach out to the Crookston High School athletic department and get a UMC and Pirate logo on it and have the I M Crookston motto. I never heard back from either person.  It was disappointing, but I never know with my email and will give them a little benefit of the doubt.  I thought it would have been a good idea because it would have helped get the University of Minnesota Crookston logo (actually U of M logo) out there in more yards because (like it or not) UMC is second fiddle to the Crookston School District and even more so in the sports world for many reasons.  It would have been some good collaboration.  Maybe next year…..????

Speaking of UMC, it was great to see former UMC Football coach Mark Dufner this week.  I bumped into him twice and he was proudly wearing Golden Eagle clothing.  He is one of the nicest guys I have met and has always been nothing but class to me and everybody at KROX and I am glad he is sticking around Crookston!

It was revealed earlier this week that the floor at Lysaker Gymnasium on the campus of UMC will be named Gary Senske court.  Coach Senske (or as we called him in the 1995-96 season – the Grey Fox!) is a great guy and a very good coach.  I enjoyed him as a coach and enjoyed the interviews with him over the years.  He always cared about his players and still remember the time he talked to me after my grades weren’t where they should be and gave me the Come On Man/I am disappointed speech.  It was a fatherly type of speech and it hit home.  I will always remember some of his sayings, along with the fun we had with Assistant Coach Jeff Oseth and Coach/team manager Al Westburg. It was a fun season even though we had a lot of interesting things happen to us and being new to the four-year school thing was another challenge.  Coach Senske always handled the challenges with grace and class and deserves the honor.  He was a great coach and his junior college record is outstanding.

The University of Minnesota Crookston (UMC) recently has undergone a major renovation as the entire Lysaker Gymnasium floor was sanded down, repainted and sealed this spring. In addition, Golden Eagle athletics is very excited to announce that the renovated floor has been named in honor of one of Minnesota Crookston’s greatest all-time coaches, Gary Senske, and will be known as Gary Senske Court. The entire facility itself is still known as Lysaker Gymnasium. It was completed in 1981 and named in honor of former UMC athletic director and coach Hersch Lysaker.

Senske is the longest-standing coach (21 years) to ever coach at Minnesota Crookston and has the most successful record in the program’s history. He amassed 176 wins as head coach of the Trojans and Golden Eagle men’s basketball squads from 1981-2002. Senske coached the team at three different levels, as he began when the team competed in the NJCAA, coached the squad through their transition as a four-year school in the NAIA, and again during a transition to NCAA Division II in 1999.

The Lysaker Gymnasium floor renovation pairs with phase one of the renovation that was started in the summer of 2019. The facility received a facelift with news bleachers, a new sound system from NLFX in Bemidji, and a brand new state-of-the-art Keemotion live stream and instant replay camera system. In addition to the new floor, the facility will also have brand new portable basketball goals for the 2020-21 season.

The Lysaker Gymnasium floor was originally installed prior to the 2007-08 season and hadn’t been sanded down and repainted in that span. The new paint scheme includes “Gary Senske Court” on the south side of the floor, “Minnesota Crookston” on the north side of the floor, “Golden Eagles” on both baselines, “M Crookston” logos in white in all four corners on the north and south side, and gold “NSIC” logos just under the free throw line on the east and west sides. In addition, the Golden Eagle logo was enlarged from the previous logo. One of the more noticeable changes is a lighter stain on the majority of the floor, with a darker “spice brown” stain inside the three-point arc on both the east and west sides.

A dedication for the floor is slated for the fall of 2020. The first volleyball game is currently scheduled for Friday, September 18 against the University of Sioux Falls. The men’s and women’s basketball programs are still finalizing their 2020-21 schedules.

The University of Minnesota Golden Gophers athletic department announced Tuesday night that seven student-athletes from multiple sports have tested positive for COVID-19, putting Minnesota in line with the testing numbers recently reported by other Big Ten schools.
The Gopher Athletic department administered 170 tests with the seven positives.
Most of the football team is back on campus, anticipating beginning official activities July 13. Men’s and women’s basketball, soccer and volleyball are also all in various states of returning.
Student-athletes who test positive are entered into protocol and are asked to self-isolate. During this time they will have access to all necessary resources and food and will be in daily communication with members of Minnesota’s athletic medicine staff. Student-athletes will undergo additional testing and screening before they may physically participate in team activities. A team physician must also clear the student-athlete before they are permitted to return to athletic activity.
Contact tracing was conducted and any individual who was potentially exposed was asked to quarantine to help prevent spread of the virus.
Nebraska has tested about 250 student-athletes and found eight positive. Iowa has administered 408 tests with 17 positive results. Maryland reported no positive tests after testing 105 student-athletes. Five Michigan State student-athletes have tested positive.

ENTRY FEE—$5.00, INCLUDES GREEN FEES (THANKS TO OAK KNOLLS GOLF COURSE!!!)
There will be no lunch this year due to COVID-19 and all groups will be 9 holes only.

Boys and Girls Age groups
Medal play in all age groups with prizes and trophies awarded, plus extra contests

The event is sponsored by the Holy Family Knights of Columbus Chapter of Red Lake County for the benefits of the youth of the area.

Warroad will be hosting the Warwick basketball camp July 6, 7, and 8.
Darin Spenst said they submitted a plan with COVID-19 guidelines and procedures and it was approved by the camp so the camp is on.
For the camp and registration information CLICK HERE.

JOKES
What do you call a bulletproof Irishman?
Rick O’Shea
— —

My dating bio says that I have a corner office with views of the entire city, drive a $500,000 vehicle, and that I’m paid to travel.

My dates never seem too happy when I tell them I’m a bus driver. 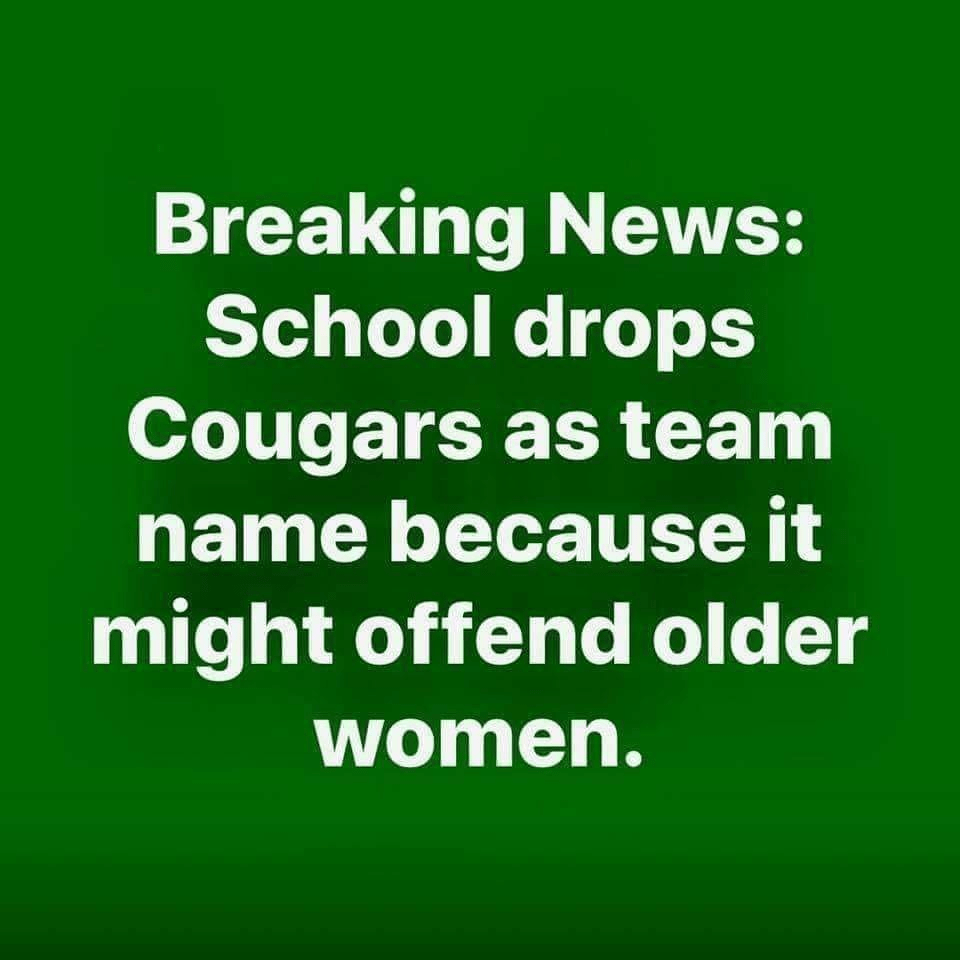