Fireworks are an Independence Day tradition for many people. However, celebrating the Fourth of July with fireworks, cookouts, and community events can quickly turn to disaster if proper precautions are not taken.

Children are especially at risk around fireworks, with 35 percent of the victims in fireworks injuries being under 15 years old. “The Local #3394 advises that the best way to enjoy fireworks and prevent injury is to watch a professional show,” said Hanson. “According to a 2017 report by the U.S. Consumer Product Safety Commission fireworks were involved in an estimated 10,500 injuries treated in the United States hospital emergency departments annually.”

Even though sparklers can reach up to 1200˚ Fahrenheit when lit, they are among the legal fireworks in Minnesota said Crookston Police Chief Paul Biermaier. “Not a whole lot has changed over the years,” said Biermaier. “Selling, possessing, and using certain non-explosive, and non-aerial fireworks, called consumer fireworks, are permitted. Examples of some of that, sparklers are allowed, cones and tubes that emit sparks. You might see a cone fountain or cylindrical fountain. There is a thing called an illuminating torch, there is a pyrotechnic wheel you can nail to a post or tree and it spins around, snakes, ground spinners, party poppers are all allowed. All of these consumer fireworks can not be used on public property. You can’t be lighting or using these in parks, on the roads, alleys, schools, or other government property. You have to be 18 to buy them, and they are for sale in Crookston, but you have to have a photo ID to buy them, and stores are required to check IDs.”

Fireworks that explode or shoot into the air are illegal in Minnesota said Biermaier. “The stuff that’s not allowed is basically things that explode or go up in the air,” said Biermaier. “You can’t possess them, can’t use them, and they can’t be sold. These are any kind of firecrackers of any size, bottle rockets, helicopters, aerial spinners, planes, UFOs, anything that is what they call a missile is not allowed. Roman Candles aren’t allowed because those shoot little balls up in the air too. That stuff is all not lawful.”

Biermaier said fireworks should only be used early in the evening before the city’s noise ordinance kicks in and that breaking the ordinance, possessing, or using illegal fireworks is a misdemeanor offense. “Fireworks are allowed basically around the Fourth of July timeframe up until about 10 p.m.,” said Biermaier. “After that, it becomes a nuisance and is an ordinance violation. So, be mindful of your neighbors and don’t be making the noise that’s going to keep people awake after 10 p.m. especially. There is a state law that it’s a misdemeanor violation for using these or possessing. We don’t want to write the citations for that either, so just be mindful, polite, courteous, and be safe.”

More information about fireworks safety can be found here.

More information on legal and illegal fireworks in Minnesota can be found here. 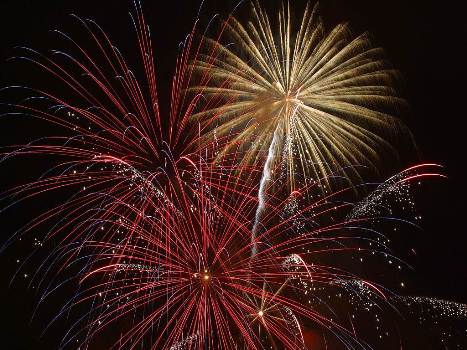