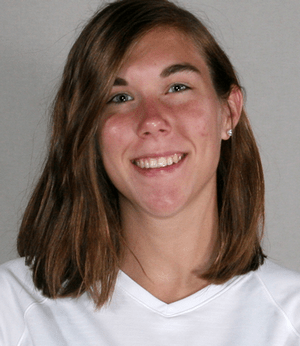 Alyssa Pavlacic (D, 5-9, St. Charles, Mo./University of Illinois Springfield)
Pavlacic played one season at NCAA Division II University of Illinois-Springfield. She appeared in seven games with two shots during her freshman season for the Prairie Stars. Pavlacic helped Illinois-Springfield to an 8-10 mark. She was an All-State Second Team pick for St. Charles West H.S. in 2018. She was a three-time All-Conference selection, including First Team All-Conference accolades as a junior and season. Pavlacic earned All-District and All-Region honors. In addition, she was a Missouri Athletic Club all-star player. Pavlacic helped her team win four district championships. She recorded 10 goals and 17 assists in her career. Pavlacic competed for the Saint Louis Scott Gallagher club soccer team. She also lettered in cross country and swimming. Pavlacic was a two-year captain for St. Charles West H.S.
“Alyssa is a huge addition to our program and team,” said Head Coach Kyle Halfpop. “She is a very good technical player that is comfortable on the ball and makes really good decisions. She has a high soccer IQ and can read the game very well. Her positioning is great and she is always looking for the ball. Alyssa is good with both feet and she’s good in the air. My expectations for Alyssa are high and I think she will come into our program and have a big impact right away. I’m really excited for Alyssa to get here and start working with her.”
She is the daughter of Cecilia and David Pavlacic. Her father David Pavlacic competed in the 1988 Olympics in Calgary in speed skating. She was a member of the UIS Dean’s List and earned a 4.0 GPA as a freshman. Pavlacic also speaks French.