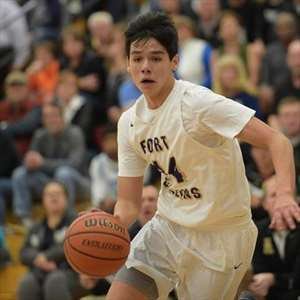 Tiley played two years at Eastern Wyoming College in Torrington, Wyoming. As a sophomore, he averaged 9.8 points per game. He made 32 percent of his three-point attempts, and 72 percent at the foul line. As a freshman, TIley averaged eight points, four rebounds, and one assist per game. He competed as a prep at Fort Collins H.S., in Fort Collins, Colo. As a senior, he averaged 20 points, six rebounds, and three assists per game.  “Just when you think you’re done with recruiting you get a phone call from a former coach, Rusty Huelle (former assistant coach at Minnesota Morris), and also Eastern Wyoming College coach Tim Moser, that understands our program and the positive direction it is going in,” said Head Coach Dan Weisse. “The particular player is of course Sam Tiley, whose mother and brother live in Bagley. Sam is a competitor. He can play multiple positions. Sam is a throwback type of guy, a tough guy that is not afraid to stick his nose in places others might not. He wants to guard the best player on the floor, will share the ball, and doesn’t care who gets the credit so long as the team wins. I will look for Sam to play the three or four for us and to come in and compete. I am looking forward to having Sam in our program.”
Tiley plans to major in business at UMC. He was born March 14, 2000, and is the son of Jeff Tiley of Fort Collins, Colorado, and Leah Fox of Bagley.