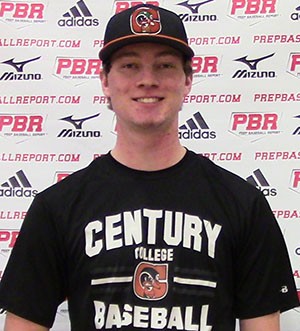 earned a win in an 11-4 victory over Genesee C.C. March 12. As a freshman, Schneider appeared in 14 games, going 2-1 in 29.2 innings pitched. He earned three saves, mostly serving in a bullpen role. Schneider posted a 4.85 ERA and had 25 strikeouts as a freshman. He threw six innings against Brookdale C.C., and gave up just one earned run with nine strikeouts. Schneider earned a three inning save in a win over Augsburg University’s junior varsity squad, notching three strikeouts. “We are excited to add Jackson to our recruiting class,” Gust said. “He comes from a good program and pitched in the JUCO World Series a year ago. He has good stuff but his biggest asset is his ability to command the strike zone. Above all, he is very projectable. I believe he is only going to get better as he develops in our program for the next three years.”
He was a junior college teammate of current Golden Eagle Chad Musser. He helped lead Century College to the NJCAA World Series as a freshman, as they posted 38 wins overall.

Joey Greco (RHP, 6-2 195, Half Moon Bay, Calif./Cañada College
Greco played one season at Cañada College in Redwood City, Calif. As a sophomore, Greco started six games and made seven appearances. He went 1-2 in 34.1 innings pitched with a 4.19 ERA. Greco had 16 strikeouts as a sophomore. He also added one save as a 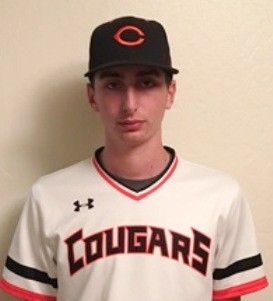 sophomore. Greco went six innings in a win over Laney C.C. He earned a save in a 2-0 victory over Mission C.C. As a freshman, he competed for Skyline College. He appeared in 10 games with two starts and 21.1 innings pitched. Greco had 10 strikeouts. Greco played high school ball at Half Moon Bay H.S. He was an All-Peninsula Athletic League pick as a junior and senior. “Joey has the desire and passion to do well here,” Gust said. “I like what he brings to the table. He is very efficient on the mound and has some impressive pitches. We will work on him getting bigger, stronger and more explosive. He will be an important piece to our staff.”
He is the son of Mike and Rosa Greco. He plans to major in exercise science and wellness at Minnesota Crookston. He was named to the Dean’s List in the Fall of 2019.