While at UMC, Porath played in 28 matches with 26 starts on the outside. She led the Golden Eagles with 3.14 points per set to go along with 284 kills for an average of 2.90 per frame. Porath recorded season-high with 23 kills and 24 points against South Dakota School of Mines, she recorded 21 digs on the road against MSU Morehead. Porsha was also named to the Keweenaw Classic All-Tournament Team as well as the Best Western Kelly Inn Huskies Classic All-Tournament Team in 2019. Academically, Porsha excels as well being recognized with the Fall All-Academic Award at UMC.

Porath is expected to major in General Management with an emphasis in Health Care and Sports at West Texas A&M. 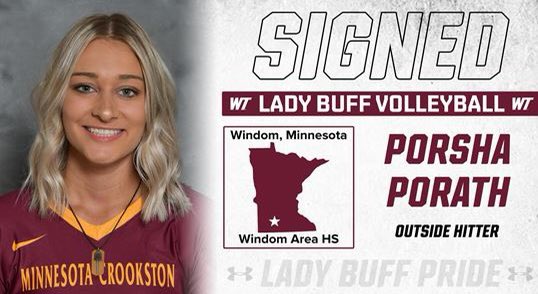