Richard Phillip Seeger, a man devoted to the rosary, went to live with the Lord at the age of 91 on January 26, 2020, at Villa St. Vincent Nursing Home in Crookston, MN. 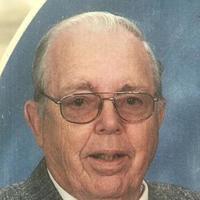 Mass of Christian Burial will be celebrated Monday, February 3, 2020, at 2:00 p.m., St. Joseph Catholic Church, 112 Edwards Ave SW, Red Lake Falls, MN with Father Bob Schreiner Officiating and Deacon John Bruggeman. Visitation will be held one hour prior to the service on Monday at the church. Burial will be held later at St. Joseph Catholic Cemetery near Red Lake Falls, MN.

Richard (Dick) was the child of Alfred and Lillian Seeger and was born September 26, 1928, at St. Luke’s Hospital in West St. Paul, MN. He was baptized and confirmed at St. Agnes in St. Paul, which he attended faithfully for many years. He helped the family by working from a young age at the family business, Seeger’s Dale Street Greenhouse, located in the Frogtown neighborhood of St. Paul, MN (see saintpaulhistorical.com).

A young lady in the neighborhood, Lenore Torgerson, and Dick caught one another’s eye (and she liked his motorcycle, too). They were joined in the sacrament of matrimony on September 30, 1950, at the Cathedral of St. Paul. They held hands for 67 years because Richard “didn’t want Lenore to be lonely.” They had three children: Richard, Elizabeth, and David.

The family business became a third-generation shop when Richard and his brother Gerald took it over in 1960.

After selling the shop in 1992, they moved to Boynton Beach, FL, to relax and play golf.

Since holidays were always workdays for a florist, summer vacation at Borde Du Lac Lodge near LaPorte in northern Minnesota was never missed. They continued going north in the summers after retirement to Shores of Leech Lake Campground and Marina near Walker, MN.

Dick and Lenore moved to the home of their son Richard in Red Lake Falls, MN, after an unfortunate fall from a ladder in 2006. While a serious accident, it enabled them to be close to their growing number of great-grandchildren. Encounters with “Gramps” were rich with watching his florist skills, industrious ways, and spirituality in action.

Richard lived an ambitious, high-energy life. If he missed the reciting of the rosary, the group at the Villa knew he was ill. He could be counted on to pray for others’ needs, and he firmly believed in the power of prayer. Throughout his life, he served as a Eucharistic Minister at each parish they joined and served Communion at many hospitals. He was a Fourth Degree member of the Knights of Columbus and Veteran of the Armed Forces. Seeing his determination to follow God’s will through his long life has been an inspiration to those who knew him. May his memory be blessed.