Kirk Douglas Rongen, 50, of Jerome, Idaho was born in Crookston, Minnesota on September 22, 1969 to Chuck and LaVerne Rongen.

Kirk attended Crookston High School where he graduated in 1988. He played football at University of Minnesota Crookston and Moorhead State University where he received 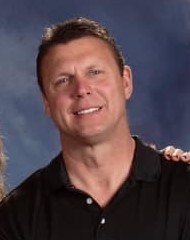 numerous awards for his athletic abilities, including being inducted into the Moorhead State University Athletic Hall of Fame. He later went back to his hometown to coach football at the University of Minnesota Crookston.

Kirk moved to Idaho in 1997 with the love of his life, Ann-Pell Logue, where they were soon married and established their lives together. He and his wife began work in the lawn care industry and started Mountain View Spraying Service. Kirk’s biggest accomplishments include his three children: Kamp, 18, Sailor, 16, and Lake, 12.

Kirk had an affinity for the outdoors. He loved hunting, boating, snowmobiling, and spending time with his family and friends at his cabin. He was active in his church, Our Savior Lutheran, and enjoyed various roles that benefited others. Kirk was known for being selfless and always putting others first.

Funeral arrangements are under the care of Rosenau Funeral Home and will be held Monday, January 20, 2020 at Our Savior Lutheran Church, 464 Carriage Lane, Twin Falls, Idaho at 3:00 pm. Please join us for a gathering following the service at Canyon Crest Dining and Event Center, 330 Canyon Crest Drive.

Family and friends are encouraged to share their memories at www.rosenaufuneralhome.com.