Stephen-Argyle Principal Kevin Kuznia said Chalmers gives an emotionally exhausting presentation about what leads teens and adults down a dark path and how communities can work to create a more positive generation. “Had the good fortune with two other staff members to see Phil speak in Thief River Falls in August,” said Kuznia.  “To be honest, walked out there emotionally exhausted of all the different things that he talked about.  The main focus of his topic is what creates not just teens but adults to lead down a path as dark as that.  When you truly look at the focus of his presentation it talks about the areas, we all as communities, schools, societies can work on to great a more positive generation.  I think that’s the point Phil is really trying to get at.

The presentation will cover a variety of topics, but Kuznia said he found clips of Youtube and video games presented by Chalmers to be jaw-dropping. “Everything from having strong male role models in some of the houses, video games certainly,” said Kuznia. “He talks about that research has shown it’s not the gaming for an hour or two hours, it’s when they start to do 12, 13, 14 hours straight.  He talks about how music videos have changed how CMT, MTV from years ago and its nothing like that anymore.  Its rated R plus stuff that’s on YouTube that young children are seeing and following.  Unfortunately, these become the people that our students look up to.  Back to the video games, the graphic nature is so far beyond what 90 percent of the parents truly understand.  He showed clips from the one we went to in August with law enforcement, socials workers, and school administrators that absolutely had all of our jaws dropping.  It certainly was eye-opening, and I appreciate the fact that our board valued enough to bring Phil in out of Florida.”

The primary audience for the presentation is adults, however high schoolers can attend with their parents according to Kuznia. “The presentation will start at 6:00 p.m., and recommend everybody comes in as early as possible,” said Kuznia.  “If anyone decides to bring a higher schooler with them, we highly recommend that they are with a parent.  We are not encouraging our junior high to attend or our elementary by any means.  But our high schoolers certainly can come with a parent.  It’s in coordination with our senior high parent-teacher conferences that go from 3:00 to 6:00 p.m., and we’re hoping to keep everybody around to support the message Phil Chalmers is trying to get out.”

Kuznia said he had no idea about some of the things that Chalmers presents on, and that the presentation opened his eyes to what he may have to deal with as a parent as his daughter grows up.  “We want to pack the house for him,” said Kuznia.  “It’s an investment on our end but we certainly feel like its an investment our community will get something back on immediately.” 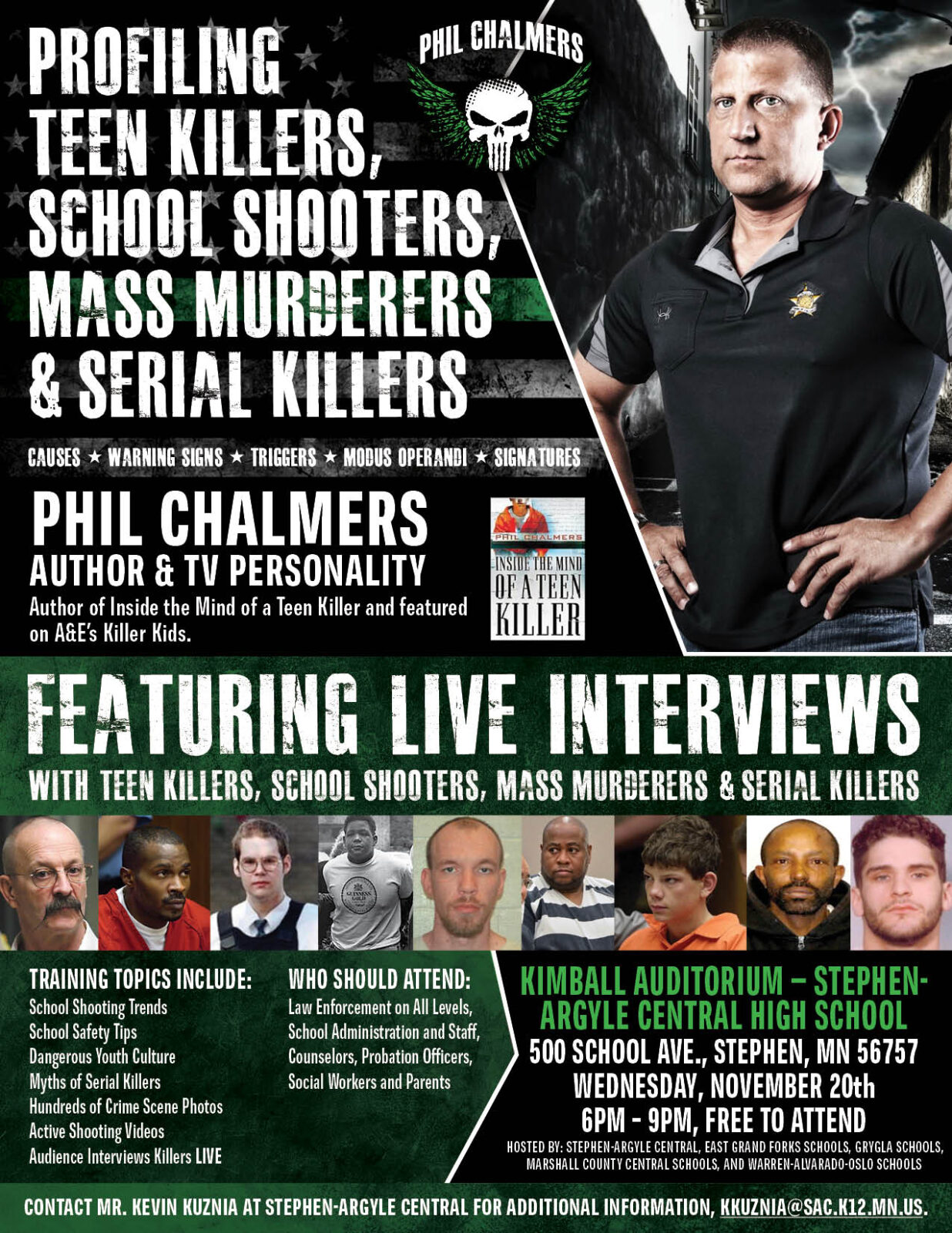