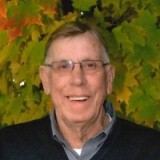 Mark was a loving man with a great sense of humor.  He loved to joke around, and had an infectious laugh.  He enjoyed playing basketball, baseball, softball and golf.  He really enjoyed watching his children and grandchildren in all their activities.  He was so proud of his family.  He loved spending time with his wife, children and three grandchildren, who called him “Papa”.

Mark is survived by his wife Rita; daughter: Stacey (Jason) Lanctot of Crookston, three sons: Matthew (Ashley) of McIntosh, Cory of Fertile, and Ryan (Sarah) of West Fargo, ND; grandchildren: Ella and Ethan Lanctot and Braeden Stevens (Bueng); sisters: Dee (Larry) Donley of Menomonee Falls, WI, and Vickie (Ed) Larsen of Hartland, WI; brothers: Scott (Sue) of Duluth and Lane (Teri) of Iowa Park, TX and many nieces and nephews.  He was preceded in death by his parents.

Visitation: One hour before the service at the church.