The University of Minnesota Crookston (UMC) and the Golden Eagle athletic department announced the hiring of Crookston High School and UMC graduate Andy Gjerswold as Head Trap Coach. Gjerswold, a native of Crookston, has been 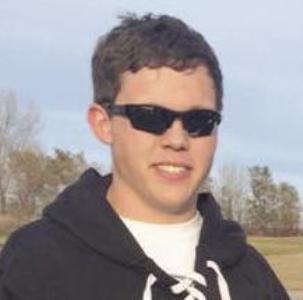 instrumental in the trap program at Crookston High School, both as a student-athlete and assistant coach.

“We are very excited to bring in someone of Andy’s reputation and pedigree to Minnesota Crookston,” said Director of Athletics Stephanie Helgeson. “The sport of trap shooting is one of the fastest growing sports in Minnesota, and we think that Andy with his knowledge of the sport and Minnesota Crookston is the perfect person to capitalize on this great opportunity. We are one of only a handful of competitive college trap programs at four-year institutions in the region. We can’t wait to see what Andy is going to bring to the program, and we think he is the perfect fit for this position.”

Gjerswold helped his father Darren start the trap team at Crookston High School during his sophomore year in 2012-13. During his high school trap career, he shot a varsity average score of (19+ of 25 targets) all three years. He served as team captain for two years, and placed 16th of 98 competitors in the varsity shoot. Gjerswold hit 86 of 100 targets. Since graduating from Crookston High School in 2015, Gjerswold has served as a volunteer assistant coach for the Pirates. His primary focus as an assistant coach was coaching shooters. Through his involvement at Crookston High School, he has learned proper safety etiquette and has helped the Pirates put up a perfect safety record with zero accidents.  His experience as a prep competitor and assistant coach has also helped him develop a great relationship with the Crookston Gun Club, where the Minnesota Crookston trap team will compete. He also has a great relationship and knowledge of Minnesota Crookston, having attended the university from 2015-18.

Gjerswold is also employed as an aerial applicator of crop protection products and fertilizer at AgriMAX LLC out of Fisher and is a farm hand for Perry Farms, Inc., in Crookston. He earned his Bachelor of Science in aviation with an emphasis in agriculture from Minnesota Crookston in 2018. He also has his commercial instrumental pilot license, and commercial pesticide applicator license in Minnesota and North Dakota.