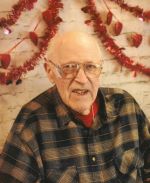 Valentine Henry Schindler was born May 17, 1937 in Lake Pleasant Township, Red Lake County, MN.  Val was the youngest child of John L. and Mary (Schmitz) Schindler and grew up on the family farm west of Red Lake Falls.  He attended grade school at St. Joseph Catholic School in Red Lake Falls, MN and graduated from Lafayette High School in 1956.   After high school, Val enlisted in the US Navy and attended communications school in Imperial Beach, CA.  For the remaining duration of his four years of service he was a communications technician stationed in Japan.

Val will be remembered by his children for the many handmade items such as tricycles, wagons, play houses, and farm toys.    Watching Star Trek (original TV Series) and playing the guitar were among some of the things he enjoyed.   While stationed in In Japan, Val developed an interest in motorcycles and continued riding them for many years.