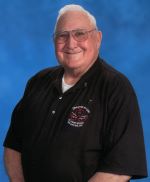 Visitation will be Friday, 5 – 8 PM with a 7:00 prayer service at St. Joseph Catholic Church Red Lake Falls, MN and Knights of Columbus reciting the Rosary to follow, also one hour prior to the service on Saturday.

Edward Milton Pettit was born October 1, 1927 in Baldwin Park, CA, the son of George B. and Edith (Elzey) Pettit. He was baptized at East Grand Forks, MN and confirmed at St. Joseph Church, Red Lake Falls. He attended K-8 at McKinley school and high school at Mark Keppel High School in Manaray Park, CA, graduating in 1947.

He served his country during World War II with the United States Coast Guard starting in 1945 until 1946, then the United States Navy for 12 years and then joining the United States Air Force in 1956. He was assigned to the USS Bayfield during World War II and APA33 served in the Philippines, picked up 82 Wildcats and delivered to Amoray, Japan, delivering 1st American Troops in that part of Japan. That ship was decommissioned and he was assigned to a fire boat in San Francisco Bay and then transferred to a 38ft patrol boat, in 1946 the big break out at Alcatraz Island Ed’s boat transferred guards to and from the Island and was honorably discharged in 1946 at San Padro, CA. Ed joined the US Air force and was assigned to the Grand Forks Air Base from 1956 until 1960. They moved to Venice, CA, returned to Bismarck, ND and settled in Red Lake Falls, MN in 1998.

On February 13, 1960, Edward was united in marriage to Cecilia R. Cariveau at East Grand Forks, MN. The couple made their home in Red Lake Falls where Ed was a kind gentleman who loved to be involved at the school helping the kids any way possible.

Edward held membership with the Eagles, where he held the office of President 3 times, District 23 Chairman of the Moose, Elks, VFW, DAV, National Order of Trench Rats, Past Golden Rodent, Red Eyed Guard Trench Rats, and Knight of Columbus, and over 50 years 4th Degree Knight. Ed was added to the California Eagles Hall of Fame.

Preceded in death by parents and brothers, Roger, George and Charles Pettit