The Minnesota Department of Transportation is increasing speeds on 5,240 miles of state highways based on the recommendations of a five-year study released this week. The speeds will increase from 55 to 60 miles per hour.
Of the 7,000 miles studied, speed limits ultimately will be increased on 77 percent of rural, two-lane state highways, according to the final report. New speed limits go into effect once new speed limit signs are posted. Most of the signs posting the new speed limits are in place, with the rest expected to be up by spring 2019. 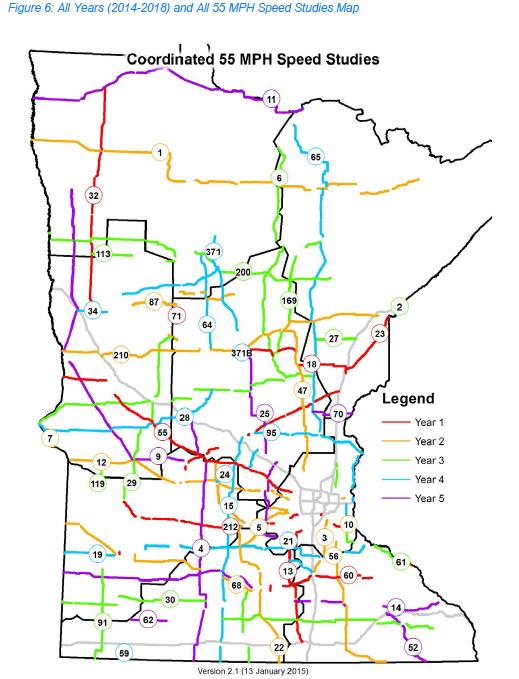 THE MnDOT STUDY IS BELOW WITH ALL THE HIGHWAYS THEY HAVE STUDIED FOR  THE LATEST SPEED LIMIT INCREASE.