The approval comes a week after the resolution was tabled for a third time to ask questions about the latitude the language was giving the Mayor and City Administrator to approve changes to the document.  Although the spirit of the section in question didn’t change, there was a further clarification added to the language stating, “approval of such immaterial additional details to the substantially finals forms” was added to Section 2.03 of the agreement explained City Administrator Shannon Stassen.  “When we reached out to the attorney that handles this it was pretty much standard language used in any agreement,” said Stassen.  “There was a minor modification saying any immaterial things like edits that don’t affect the general scope of the agreement can be edited as needed.  But any larger material type things would need to be brought to the council which is the understanding in any TIF for an amendment down the road.  Just making that a little clearer.”

Now with the agreement in place developer, Jeff Evers will be able to move forward on several aspects of the project that were held up waiting for the agreement to be signed including construction permitting.  “Now the ball is in Jeff’s court,” said Stassen.  “It’s a big project and looking forward to seeing what he does.  It’s an important building not only in our downtown but in our entire community.  I know Tri-Valley is also eagerly awaiting to get moved across the street.  Jeff has to do his part and I know he will.” 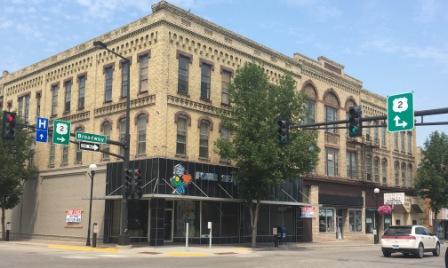